In the Setsubun festival, Japanese people say は！は！and throw beans out opened doors and windows to drive away evil spirits and bring in good fortune.

(Setsubun)  is one of the most well-known spring events for Japanese people.

In this article, you will understand how to enjoy Setsubun and all about Setsubun’s rules, culture, and history!

What does  (Setsubun) mean?

In the old Japanese eras, the new year started from spring.  of was the most important for ancient Japanese. Now when we say , it indicates one day before .

is important for Japanese people because it is a sign of the beginning of a new spring!

Justina
of this year is on the 2nd of February ! Usually, Setsubun is on the 3rd of February, but this year’s has been changed to February 3rd. It’s been 124 years since has landed on February 2nd!

You can enjoy three things at the Setsubun festival.

The first is activity, the second is a meal, and the third is decoration!

Japanese people do まき (mamemaki) during Setsubun. まき is throwing beans through opened windows and doors to drive out evil spirits and get luck in.

When you throw beans, you say は！は！(Demons out! Luck in!).

Each area has their own rules. In a place called (Onishi, or literally, “demon rock”), people actually say は！は！ (Demons in! Luck in!) because people feel bad for the demons always being driven out. Other areas, especially Hokkaido and cold areas, people throw peanuts instead of beans!

If you get a chance to participate in a Setsubun festival in Japan, enjoy Setsubun with the rules of the area you are in!

Ancient Japanese thought crops like rice, oats, and beans have holy spirits inside them and their power can drive out evil spirits and protect people from bad luck.

The beans have to be roasted because it is said that it’s bad luck if raw beans sprout after being thrown. Those beans hit demons, so they got corrupted with evil.

Justina
In Setsubun, you eat the same amount of roasted beans as your age plus one to get luck for the new year!
My grandma eats a lot of beans every Setsubun! But you can also have (lucky tea): green tea with beans inside if you don’t want to eat beans by themselves!

How did it start?

まき derives from the Chinese event (Taina): the yearly event to drive demons away. From the Nara era (706~), the imperial family started (Tsuina) as an annual event during the ancient (Oomisoka, the end of the year). In that event, they started ち(Mameuchi), throwing beans.

The event spread to many shrines and temples in the Edo era. Then, people started to call the event まき(Mamemaki) because it looks like sowing beans (をまく).

(Happy direction sushi roll) is a long sushi roll you eat pointing towards the happy direction of the year. Japanese people believe that the cardinal directions (north, south, east, west, etc.) have meaning. Some directions have good luck, and others bad.

There are seven ingredients in . There is no rule for the ingredients. If it has seven different types, you can put in anything you want!

But there is a rule how to eat . You have to eat the long sushi roll in one go!

Justina
It sounds really hard to eat it in one go! But I’ll try!
Nice! The happy direction of this year, 2021, is 南南東 (South Southeast)!

This event started in Osaka in the Edo era. When business men and performers came to an entertainment area in Osaka at Setsubun, they had sushi roll for celebrating the new spring and praying for a happy new year.

That custom got popular all over Japan around 1980, in the Showa era, because Japanese convenience stores started to sell  (Happy direction sushi roll) in all Japanese areas.

Atsuya
For some Japanese, especially eastern Japanese,  is a new cultural experience at Setsubun! My family doesn’t celebrate, so I’ve never known about it until I was a high school student!

Japanese people put a special plant with a grilled fish head on the side of a door on the night of Setsubun. This decoration is called ヒイラギいわし(). It is really weird-looking for foreigners but it has an actual reason for its display.

ヒイラギ means holly olive, originated in East Asia like China, Taiwan, and Japan. いわし means sardine. You can get sardines in any Japanese supermarket.

Japanese people think ヒイラギいわし protects us from evil because its leaves have sharp spikes. The spikes of the plant stab demon’s eyes.

This custom is not practiced in all of Japan. Hokkaido and Kyushu don’t do this.

Why is a fish head stuck on a holly olive?

A fish head is stuck on the plant because Japanese people believe demons don’t like the stinky smell from the fish head.

ヒイラギいわし has spikes and strong smell, so it is a strong charm for protecting your family from bad demons!

Corona out! Luck in!

The anime Demon Slayer has been a big hit in 2020 and 2021, too. Demons are influencing Japan's culture even now!

Now, the coronavirus has stricken more fear into the hearts of people than demons.

Everyone, please wash your hands, gargle, wear a mask, and take care of your health! 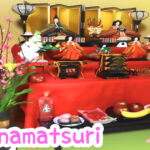 Hinamatsuri (ひな祭り), which is called Doll's day or Girl’s Day in English, is one Japanese spring event on March 3rd. People celebrate and pray for girls' health and happiness. It is custom to display Japanese ornamental dolls on a tiered stand with a red carpet-like material and have a special meal with one's family. Justinaひな (hina) means doll in ancient Japanese , and 祭り (matsuri) means festival! We'll share not only what Hinamatsuri is like but also its origin and the history of Hinamatsuri!Atsuya Hinamatsuri (ひな祭り) is a calm spring festival with a special meal and beautiful Japanese dolls! Hinamatsuri ... 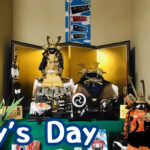 PREV
How do you say sweet tooth in Japanese?
NEXT
Imperial palace running: a famous running course in Tokyo!